It took 16 months from July 2019 to design and implement a hijab as part of the New Zealand Police uniform, and hard work from the Kiwis paid off for the benefit of one Police force in the United Kingdom.

Leicestershire Police was so impressed with the New Zealand-designed hijab that it’s now trialling the Massey University design for its staff. 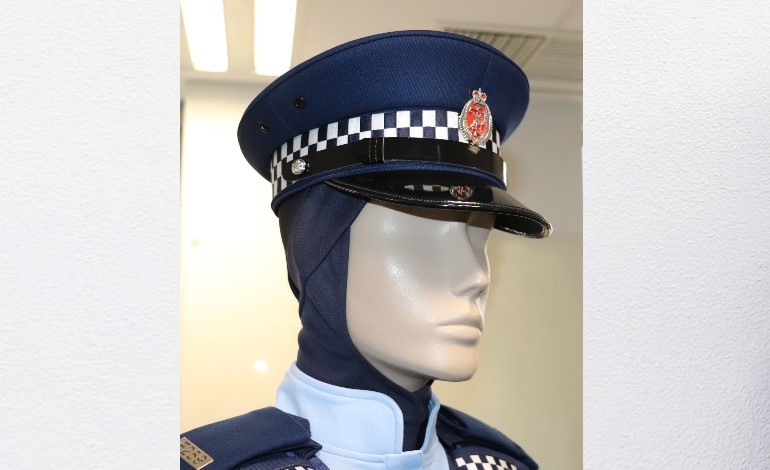 The hijab officially released and supplied by NZ Police as a part of the uniform of Muslim women (Image: New Zealand Police)

Currently, its health and safety team is trialling the hijab which is being worn by trainee Constable Khadeejah Mansur, a student officer from Leicestershire Police Headquarters.

Police worked with apparel design researchers and lecturers from the School of Design at Massey University in Wellington to design and refine the product for both operational performance and cultural needs.

In a project which began in 2018, New Zealand Police undertook international conversations and collated samples from other Police worldwide. 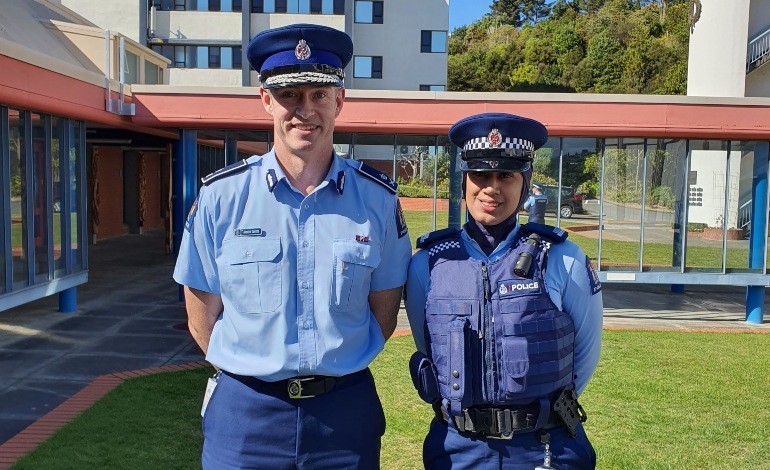 “The hijab is designed to be worn with all Police-issue headwear. It fits the head, neck and shoulder area for freedom of movement and rigorous performance with contoured panels and reinforced zones for durability, access for communication devices and a quick-release fastening system for safety reasons.

“It is made from a technical sports fabric which is light to wear, antibacterial, moisture-wicking and robust. It is available in three sizes-small, medium and large to ensure a high level of fit,” Deb and Nina from Massey University said.

Leonie Smiley from New Zealand Police Deployable Assets Advisor, Response and Operations Group says: “The reason for Police to make the hijab available as an option for the uniform is so that Muslim women can consider policing as a career option and to create an inclusive Police service that reflects our diverse New Zealand community.” 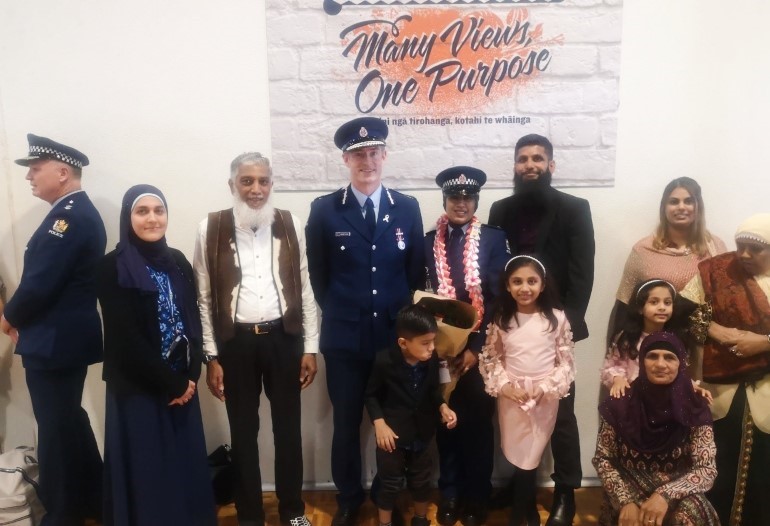 New Zealand’s Constable Zeena Ali, was the first New Zealand Police officer to wear a purpose-designed hijab. She was involved in the hijab trial before her recruitment and took part in the ongoing development process.

Zeena wore the newly signed-off Police hijab at her graduation last year after formally being approved as an elective item of police uniform in November 2020.

Speaking with The Indian Weekender then, Zeena said it was time that young Muslim women living in New Zealand think about joining the force. “The newly officiated hijab as a part of the uniform will encourage Muslim women to take up police work as their career choice.”

Zeena also mentioned how there was a lot of curiosity amongst her fellow trainees about the hijab and its significance for a woman in Islam.

“A lot of the fellow trainees didn’t know about the hijab, and it was good to share more information about it and what it means for the person wearing it.

“There is a dearth of knowledge amongst Kiwis and the general non-Muslim community, and I think we need to create more awareness about hijab and its significance,” Zeena added.

The community lauded Zeena Ali for donning the new police-issued hijab and is hailed as a role model for the female in the wider Muslim community in New Zealand and overseas. (IWK Bureau)