Every time this government makes an announcement about opening another category of border exception and making MIQ spaces available to some new tranche of migrant workers, it snubs on tens of thousands of temporary migrant workers stuck overseas.

The latest government announcement was on Monday, May 17, when the Regional Economic Development Minister Stuart Nash was delivering the much-touted “immigration-reset” speech and announced an investor program that will bring in 200 wealthy investors into the country.

A couple of weeks ago, the government announced another border exception category to bring temporary RSE workers from Pacific Island to support the struggling Horticulture sector of New Zealand. 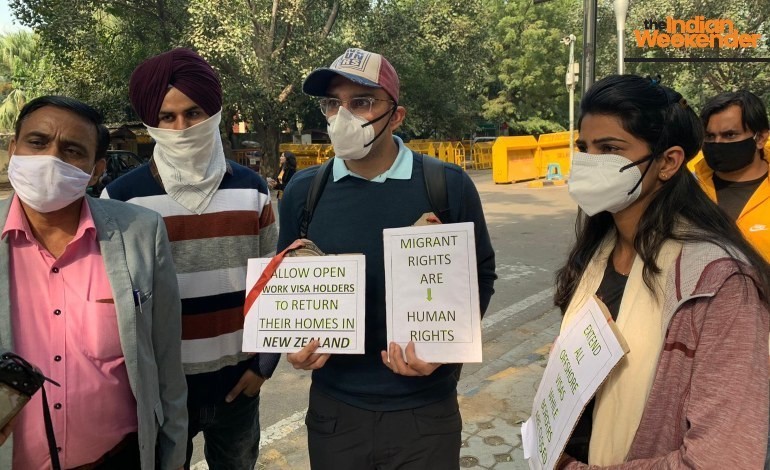 And none of them allows temporary migrant workers who had legitimate NZ visas and were ordinarily living and working in the country before being locked out of the country when the borders were suddenly closed behind them on March 19 last year.

It is important to note that tens of thousands of migrant workers include a range of work visa holders, post-study work visa holders who had invested a whopping amount of money along with a number of valuable years of their lives and contributed through their skills and talents to New Zealand economy and society continues to remain locked out of the country for the sheer apathy from the government.

In the early days after the first lockdown in March last year, the government sought to hide behind the dramatic speed of the spread of Covid-19 pandemic and developing processes and systems to manage the border and keep New Zealand safe.

At that time, the govt sought refuge in its commitment to keep NZ safe and prioritise the return of citizens and residents, which it then claimed that they could not stop from returning home (Later, it was proved that the govt had the power to stop anyone if it has the political will to do so) to muzzle rights of temporary migrant workers.

Last year the Immigration Minister had used special powers to extend the visas of more than 5000 overseas-based resident visa holders by 12 months to give them more certainty of eventually being able to enter NZ, despite having no real connection with New Zealand life. Clearly, prioritising them over those who have been living, working and raising families in New Zealand for years.

It was an utter disregard of temporary visa holders by a government that takes so much pride in being a kind and compassionate governemnt.

Time and again, the government’s narrative has changed to suit their stated and unstated intentions of keeping the temporary migrant workers stuck overseas away from NZ shores.

First, it was a lack of logistical capacity to prioritise them over the returning Kiwis whose right to return home was sacrosanct.

But when 1000 MIQ spaces became available after the opening of the Trans-Tasman Air Travel Bubble, the government changed its rhetoric, saying it will keep 500 spaces vacant for any contingency plan to manage any sudden lockdown and incongruously remaining silent on whether the remaining 500 spaces could at least be allocated to bring back some of those post-study work visa holders.

A majority of post-study work visa holders had taken huge financial debts in the league of 20-30,000 dollars which they are required to pay even now, while they are cut off from their jobs in NZ. Many of them still have valid visas and jobs that their employers have been holding for them in absence of an easily replaceable workforce – yet the government is choosing to ignore them.

Now, in its latest announcement, it is bringing in wealthy investors, after having brought in film crews and super-rich production houses crew, in complete disregard of the situation of temporary migrants ordinarily resident in NZ.