The 50-year-old women’s group has grown over the decades to become a useful and thriving network of support and friendship among women of the Kiwi Indian community. 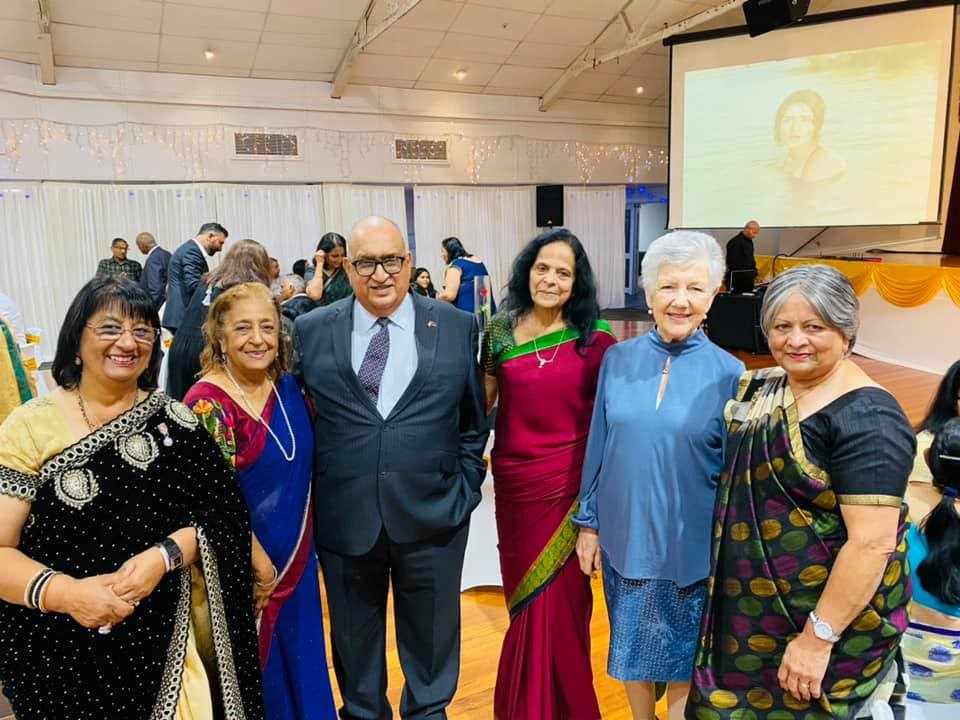 Since its inception, its office bearers and volunteering workers have strived to successfully organise hundreds of events including raising funds for numerous organisations and causes, held serious talks regarding women’s issues and generally provided a support network for ladies within the community here in Auckland, not to mention fun gatherings and outings.

Mahila Samaj has also played an important role in complementing and supporting the activities of the Auckland Indian Association as the oldest and leading Indian diaspora organisation in hosting charity dinners, dinner and dance evenings, hosting local celebrities and VIPs, day trips to various NZ locations, and even other diaspora organisations like NZICA with its own women’s conferences. 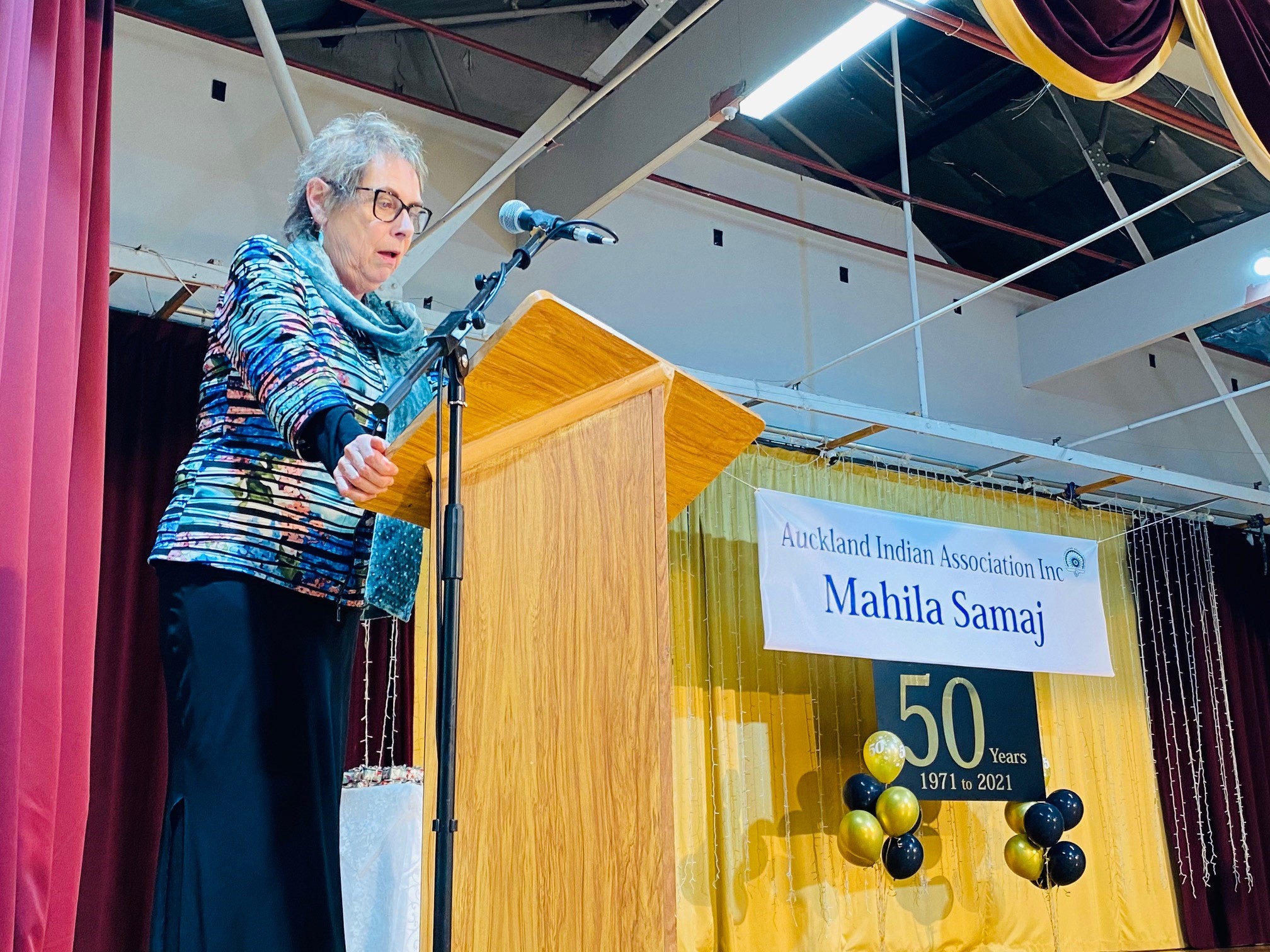 Sir Anand’s connection to the Mahila Samaj is special since his mother, Tara Satyanand, was a founding member of the Samaj. In his address he fondly recounted her role in the early days of the Samaj while also tracing back his family’s history to Fiji. His wife Lady Susan was also present. Sir Anand was appreciative of the progress the Samaj had made since its early days. 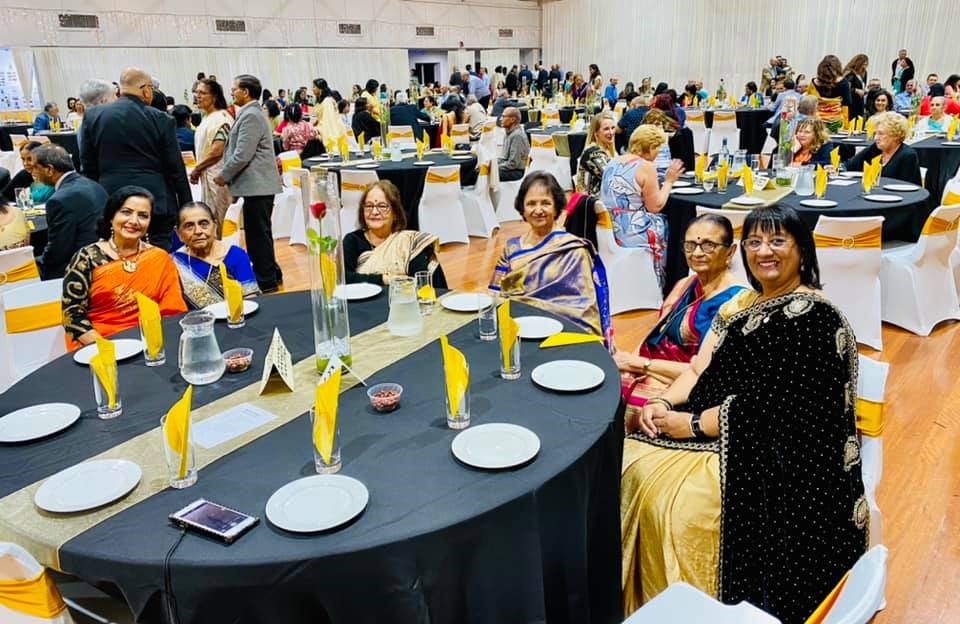 In her address, Dr Leckie, who has authored several books on the Indian diaspora in New Zealand, outlined the history of Indian women in this country from the earliest times over a century-and-a-half ago. Detailing the trials and tribulations of brave women who were thrust into far-flung and remote regions of a strange new land with little or no resources, she spoke of their triumphs and how many of them overcame what seemed insurmountable hurdles.

Dr Leckie and Lady Susan later honoured past and current presidents and officials of the Mahila Samaj with mementoes and a minute’s silence was observed for those who had departed. Almost all these honoured women donned golden-hued saris for the occasion.

One of the highlights of the evening was the presence of the very first President of the Mahila Samaj, Mrs Lalitaben Chunilal Patel. The sprightly nonagenarian addressed the gathering with a brief speech and it was indeed to see both the first and the current presidents (Ms Kishoriben Kesha) on the same stage.

Also, importantly, the delightful three-course dinner was put together by the Association’s Catering Committee, with volunteers of the Mahila Samaj playing a crucial role.

Auckland Indian Association Vice President, also one-time President of Mahila Samaj, was the master of ceremonies. The evenings proceedings were punctuated with cultural performances by talented Kathak exponent Parul Juneja who performed a brilliant Ganesh Vandana and a beautiful instrumental ensemble by students of Sargam School.