The rich display of film-making talent within the community has left one, and all amazed at the 3rd NZ Punjabi Short Film Competition held on Sunday, May 9 at Event Cinemas, Manukau. 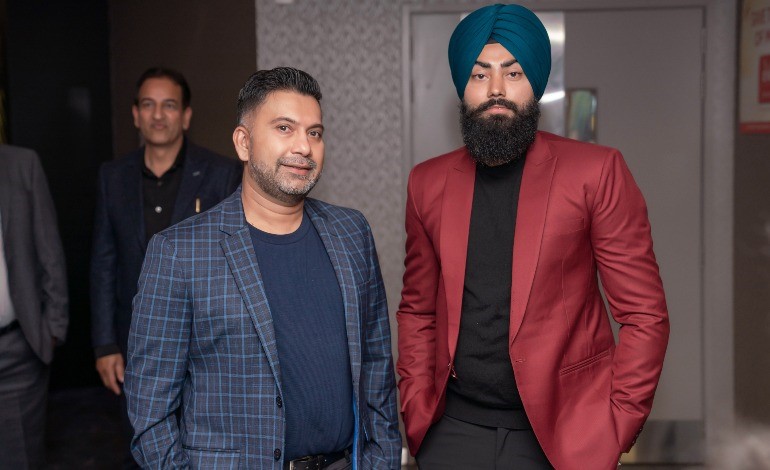 NZ Punjabi Multimedia Trust, Radio Spice and Forum Films had come together to bring another edition of the annual NZ Punjabi Short Film Competition, which left the movie-buffs in the community mesmerized with the quality of creative talent within the community.

It was followed by a movie session where all short films were played one after the other and ending with a final award ceremony giving away prizes to winners under different categories.

Parminder Singh Papatoetoe of Radio Spice told the Indian Weekender that more than ten short films of around 10 minutes each of different genres had entered into the competition, which was judged by a panel of three judges who were movie experts with proven credentials.

Later speaking about the quality of films and the creative talent at the display, Hon Consul of India Bhav Dhillon said, “I was absolutely blown away with the level of story-telling and film-production capabilities within our community.

“Almost every story was able to touch to our hearts and provoked some thoughts,” Mr Dhillon said.

Echoing similar sentiments, Judge Ajit Singh said, “Many stories depicting the daily life experiences of our migrant communities were so relatable and spot-on and were a testimony to the creative talent within our community.”

“The films touched upon several important issues within our broader Kiwi-Indian migrant communities, in particular the neglect of children due to parents working long hours, depression and mental health issues leading to self-harm and family violence and were able to leave a meaningful impact on one and all attending the film festival,” Judge Ajit Singh said.

Most of the viewers concurred with the judges’ choices of the top three films, Shor (The silence), Alone and Bruno, which were conferred first ($1000), second ($700) and third ($500) prize, respectively.

Forum Films – the leading Film distributors – had played an important role in putting together this festival, shouldering the responsibilities of film-screening and arranging event cinemas and assisting in other logistical support.

Expressing thanks to Forum Films, Navtej Randhawa of Radio Spice said, “We would like to especially thank Pritesh Raniga and Manpreet Singh of Forum Films for helping us put together this film festival that has become very important for the creative film-making talents and movie-buffs in general within our communities.”

The organizers of the event also expressed thanks for the support they received from sponsors of the event, including angel immigration, Akal foundation, Kulwinder Baath, Avtar Singh Pukekohe, Manjit Singh Baath, Slumber Zone, Indo Kiwi Travel Brokers, Prithipal Singh Basra and others, without which they could not have pulled together this film festival.