United States President Joe Biden has wished the Georgian people a happy and healthy Independence Day on May 26 in a letter sent to Prime Minister Irakli Garibashvili.

The anniversary of a nation’s independence is not only a day of celebration, it offers a moment to honour the history and values that are ingrained in the national character, and to look to the future”, Biden wrote.

He said ‘as Georgia’s leaders and citizens take time this year to reflect on ways to strengthen Georgia’s independence and advance the country’s Euro-Atlantic aspirations’ the US stands with them.

The United States is grateful for the bravery of Georgian soldiers who have served side-by-side with US and NATO forces in Afghanistan, and we will continue to support Georgia as it seeks NATO membership”, the letter reads.

It also notes that as a committed partner, the US will continue to support the people of Georgia ‘as they pursue greater democratic and economic development, including fostering an independent judiciary and inclusive democratic processes’. 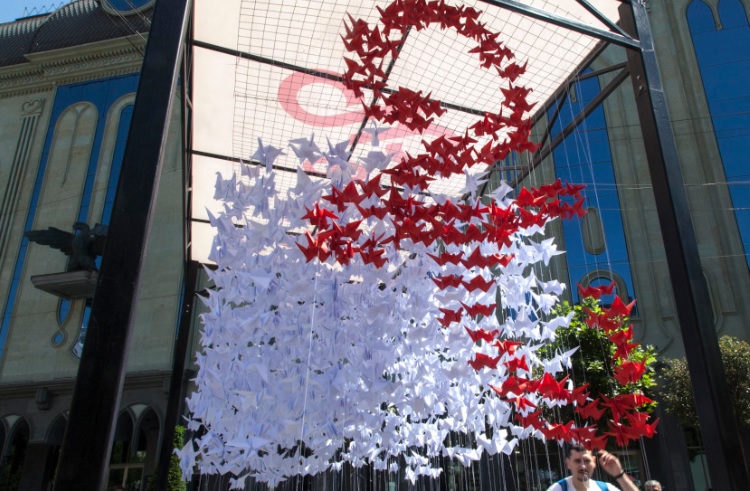 On May 26 in 1918, the National Council of Georgia declared the national independence of Georgia from Russia and the creation of the Democratic Republic of Georgia. Photo: Nino Alavidze/Agenda.ge archive

President Biden said the US will also stand with the Georgian people to help recover from the social and economic impacts of the Covid-19 pandemic.

Recognising the ‘significant external challenges Georgia has faced and continues to endure’ Joe Biden said his thoughts today are with ‘all those living under Russian occupation in Abkhazia and South Ossetia’.

The United States remains firmly committed to Georgia’s territorial integrity and sovereignty within its internationally recognised borders” the US President said.

Georgia celebrates Independence Day tomorrow on May 26, commemorating the day when the Act of Independence was adopted in 1918 and which established the First Democratic Republic of Georgia.