Three women from the Georgian village of Shukruti, near Chiatura in the western Georgian region of Imereti, have sewn their mouths up and joined in a hunger strike to protest the activities of Georgian Manganese, a producer and exporter of ferroalloys and manganese ore.

In total eight people have sewn their mouths in protest so far.

They say that destructive mining works in the village had ceased after Soviet years, only to resume some six years ago after a commercial company entered the area.

The mining is carried out by Shukruti+, a contractor of Georgian Manganese. The locals claim that more than 200 families are affected as of today and demand the company compensate them for the damage.

But Georgian Manganese does not agree to the claim, stating that the damage indicated by the protesters is related to works done during the Soviet period and was already compensated back then. 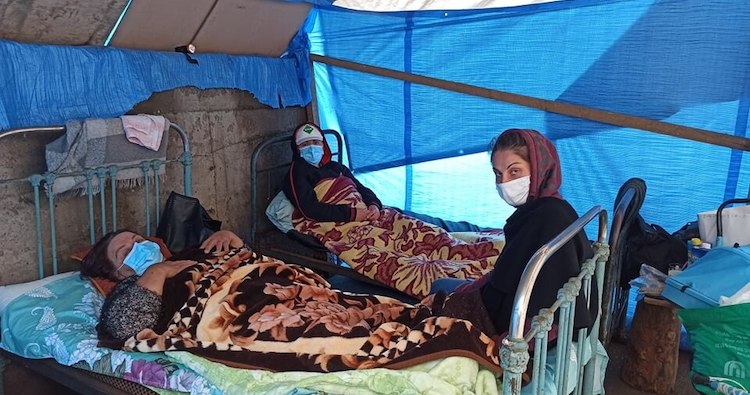 However, the company announced on May 20 that it was ready to request Samkharauli Forensics Bureau assess the due compensation demanded by protesters, under the condition that ‘the stalled negotiation over the compensation with these residents moves into the legal domain and the existing dispute be resolved through the courts’.

Shukruti+ has paid about 2 million GEL in compensation since June 2020 and remains ready to conclude individual treaties with those protesting. At the same time, an offer to sign individual agreements with the strikers remains in force to which the population of the village of Shukruti, except for these few families [who are on strike], fully joins”, Georgian Manganese said.

Locals held similar demonstrations with the same demands in September 2019 as well, and blocked the road leading to Georgian Manganese and stopped the operations of the manganese mines.

Following the September protests, a commission was set up with Georgian Manganese, Chiatura mayor and the village governor to investigate the damage and then start the process of compensation for claimed loss, but locals say the commission’s work has not yielded any real results.