Locals of the Georgian village of Shukruti in the western Georgian region of Imereti, who demand Georgian Manganese compensate them for the damages, have gathered in front of the United States Embassy in Tbilisi to ‘make their voices heard’.

Eight protesters, including three women, have sewed their mouths shut to protest the activities of Georgian Manganese, a producer and exporter of ferroalloys and manganese ore.

The state and the company has paid no attention to us and we have therefore arrived [in Tbilisi] to somehow make our voices heard”, one of the protesters, Tamar Kupatadze told On.ge.

She also added that the protesters plan to stay at the embassy until they receive the attention they need.

It’s been ten days since the three women have our mouths sewed and we feel very unwell”, Kupatadze said.

The Shukruti protesters say that destructive mining works in the village that had ceased after Soviet years, resumed some six years ago after a commercial company entered the area. 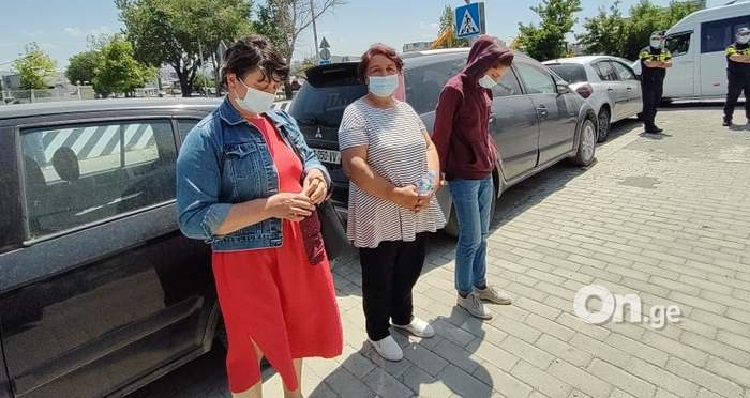 The protesters say that the activities of Georgian Manganese cause landslides, damages roads and local houses. Photo: On.ge

The mining is carried out by Shukruti+, a contractor of Georgian Manganese. The locals claim that more than 200 families are affected as of today and demand the company compensate them for the damage.

However Georgian Manganese disagrees, saying that the damage indicated by the protesters is related to works done during the Soviet period and has been already compensated back then.