Namakhvani HPP protesters gather in Tbilisi, call on gov’t to fulfil demands by 12 p.m. May 24

Protesters against the construction of the Namakhvani Hydro Power Plant have gathered in the Georgian capital of Tbilisi today and call on the government of Georgia to fulfil their demands by 12 p.m. tomorrow, May 24.

Varlam Goletiani, the leader of Rioni Gorge Defender’s civic movement said during the protest rally that the case of Namakhvani HPP ‘unites a number of problems that concerns each of us in different ways’.

We should see the face of the system in this local issue. We will not stop and bring this fight till the end”, he said, adding that the protesters will stay in Tbilisi until their demands are fulfilled.

He meanwhile noted that if the government fails to make a decision, they will ‘entirely paralyse the city’.

Tomorrow we will shut down the capital and show to the entire world how united and indomitable the Georgian nation is”, Goletiani said, noting that their movement will further unite all the other protests in the country. 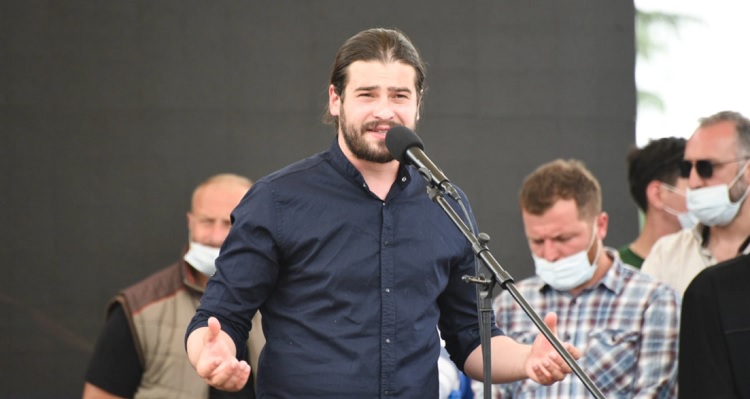 Calling on protesters to get ready for a long fight, Varlam Goletiani said this fight should end with people’s victory. Photo: Mzia Saganelidze/RFERL

Stressing that they do not intend to develop a revolutionary scenario, Goletiani said ‘we should make wise steps’. He meanwhile said that the government should either decide whether they represent the will of the people, or ‘resign’.

Claiming that the construction of the Namakhvani HPP will cause serious environmental concerns the protesters demand from the Enka Renewables (previously known as Clean Energy Group Georgia LLC) to leave the Rioni gorge.

They also demand from the government to abolish ‘anti-state’ contract aimed at handing over the Rioni gorge into private ownership, announce moratorium on any future construction in energy sector countrywide and dismiss of Energy Minister Natia Turnava. 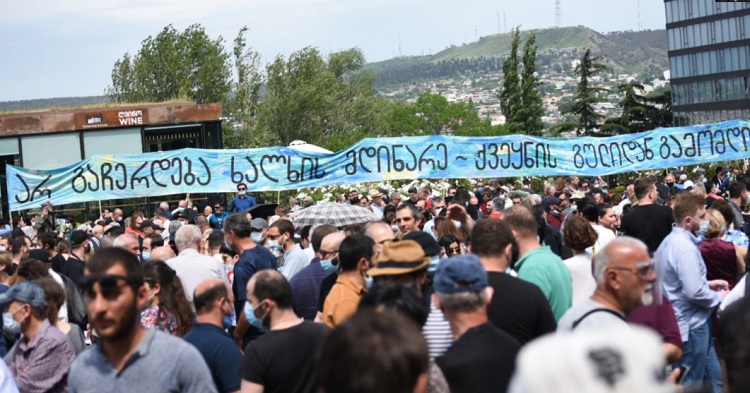 Protesters have gathered at the First Republic square in Tbilisi demanding the suspension of Namakhvani HPP construction in Rioni gorge. Photo: Mzia Saganelidze/RFERL

The Namakhvani HPP Cascade Project entails the construction of two hydroelectric power plants on the Rioni river in Georgia’s Tskaltubo and Tsageri municipalities:

However, locals and activists patrolling the site for several months say the construction is illegal and against the will of the local population.