Tbilisi’s Literature Museum and Goethe Institute Georgia will welcome history enthusiasts for a month-long exhibition of German ethnologist Adolf Dirr’s photographs of the early 20th century South Caucasus, bringing the exhibits and a catalogue dedicated to them to the museum venue starting next week.

Dirr’s shots of life and customs of the people of the region from the years the linguist, ethnologist and photographer spent there starting at the turn of the century will be presented in the form of the exhibition for the first time, organisers from the museum said.

The photographs present a “special view” of the nations of the region in the era, a summary for the exhibition said, and are preserved at Munich’s Museum of Five Continents where Dirr worked as conservator between 1913 and his death. 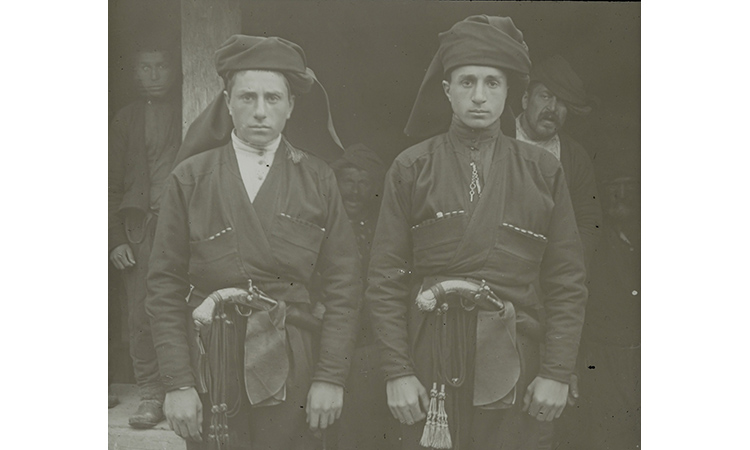 Dirr produced numerous photographs of South Caucasus ethnicities and their customs during the years he spent in the region. Photo via exhibition organisers.

First arriving in Tbilisi in 1900, the ethnologist spent the years between 1902-1913 in the South Caucasus and is credited with major contributions to studies of the languages and cultures of the region and known for “pioneering work” in the field. The photographs selected for the exhibition are dated between this time period.

During his work Dirr published works including Caucasian Tales, a collection of folk poetry translated from nearly 20 Caucasian languages. His second visit to Georgia came in 1918, the year the First Democratic Republic of Georgia was proclaimed, when he arrived as a member of the German state delegation. Dirr died in the Bavarian city of Passau in 1930.

Curated by Lasha Bakradze, Director of the Literature Museum, the exhibition will also present a catalogue of Dirr’s photos, with an article for the publication by Dr. Michaela Appel of the Museum of Five Continents and translations of the catalogue by Georgian author Ana Kordzaia-Samadashvili.

The exhibition will be on between May 25-June 25 at the museum located at 8 Tchanturia Street in Tbilisi.