With admissions throughout the day between Tuesday and May 25, a dozen museums in Tbilisi and throughout regions will have a selection of artist exhibitions, explorations of ethnic diversity through studies of historical communities in Georgia, photography awards and more.

Coincided with International Museum Day on May 18, the annual celebration opens on Tuesday with events including three dedicated to artist creations at Tbilisi History Museum – also known as Karvasla – the Sighnaghi Museum in the east of the country, and the Bolnisi Museum, unveiled at last year’s global date.

At Karvasla, an exhibition of photographs by Sandro Mamasakhlisi is hosted by Kolga Tbilisi Photo festival, with the show paying homage to “one of the outstanding photographers of the old generation” and a recipient of the Aleksandre Roinashvili Prize for his contribution of the development of professional photography in the country.

A pioneering photojournalist and initiator of the opening of the Faculty of Photography at Tbilisi State University in the 1960s, Mamasakhlisi educated generations of students in applied photography, photo advertising and photojournalism. His works will be on display at the downtown museum through June 8.

At the Sighnaghi venue in Kakheti province, Japanese artist and illustrator Takehide Harada will be introduced to viewers. The display is dedicated to creative work of Harada with ties to Georgia – the artist was involved in organising a 2018 festival of Georgian cinema in Japan while also contributing to the 1978 premiere of Pirosmani, a Soviet-era Georgian feature by director Giorgi Shengelaia.

In the south of the country, the brand-new Bolnisi Museum will have its part in the national and global museum dates by hosting the exhibition entitled German Artists in Georgia and organised jointly by the GNM network and Goethe Institute Georgia. 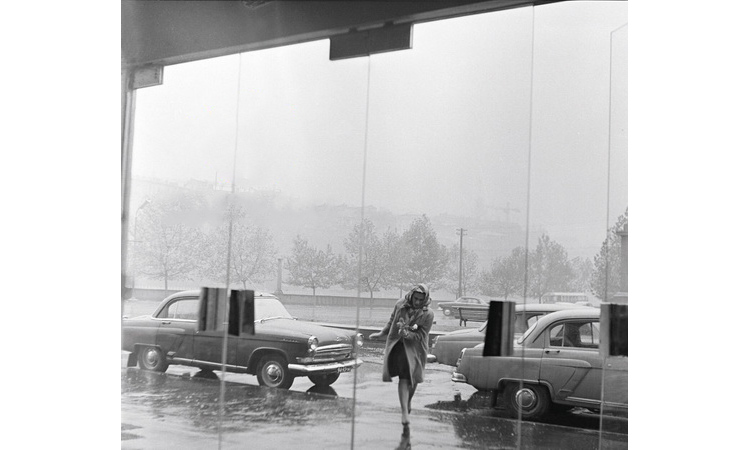 A work by pioneering photojournalist and photography teacher Sandro Mamasakhlisi, whose legacy is marked at Karvasla during the GNM Fest. Photo via Georgian National Museum.

The display will take a look at the legacy of German painters – both those born in Georgia and those visiting the country throughout the 19th and 20th centuries – whose creativity became part of the historical ties between communities from the two countries.

Over the rest of the Georgian National Museum Fest programme, venues including the acclaimed Svaneti Museum in the northern highlands, the renovated Vani Archaeological Museum in the west and the Black Sea coastline Poti Museum of Colchian Culture will host their own contributions to the week-long programme.

A National Geographic Magazine award of photography, a look at the historical lessons of the 1918-1921 First Democratic Republic of Georgia, and an online exploration of traces of Turkish language in Georgian will be three of these events. The full programme for the Georgian National Museum Fest can be found on the official GNM website.

Facebook
Twitter
Pinterest
WhatsApp
Linkedin
Email
Print
Telegram
Previous articleUnemployment increased by 0.9% to 18.5% in Georgia in 2020
Next articleSinovac to be available to individuals over 18 starting next week in Georgia