Sandro Bazardze, Georgia’s one and only fencer at the Tokyo Olympics has entered the semi-finals by handing a defeat to his Korean rival Sanguk Oh in sabre.

Bazadze, 27, is the first Georgian fencer to win a gold medal at the European junior championships in 2013.

Georgia is represented by 34 athletes competing in 11 sports at the Summer Olympic Games in Tokyo. 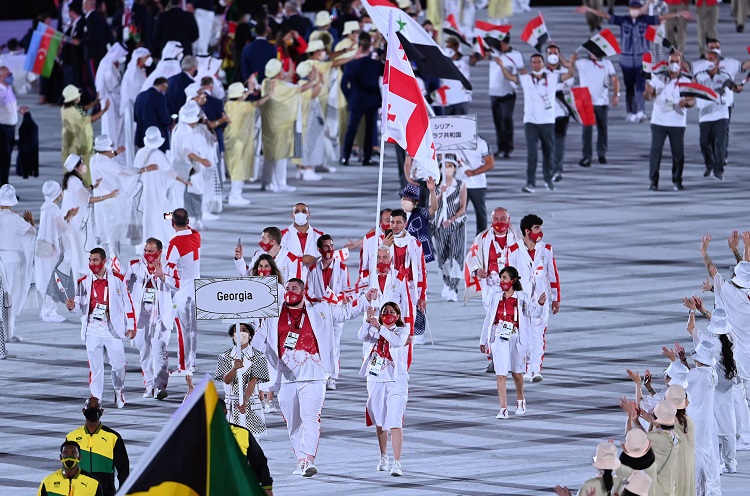 The Georgian athletes have marched during the opening ceremony dressed up in the colours of the national flag. Photo: Georgian National Olympic Committee

Looking to provide further incentives for the Georgian athletes, Prime Minister Irakli Garibashvili announced each gold medal winner would receive a money prize of one million GEL from the state.

Tokyo Olympic Games, which were postponed due to the coronavirus pandemic last year, officially kicked off yesterday.