On May 9 Georgia marks the 76th anniversary of victory over fascism when Nazi Germany was defeated by allied forces bringing World War II to an end.

Traditionally on this day, WWII veterans gather at Vake Park in central Tbilisi to lay wreaths at the memorial to the Unknown Soldiers. 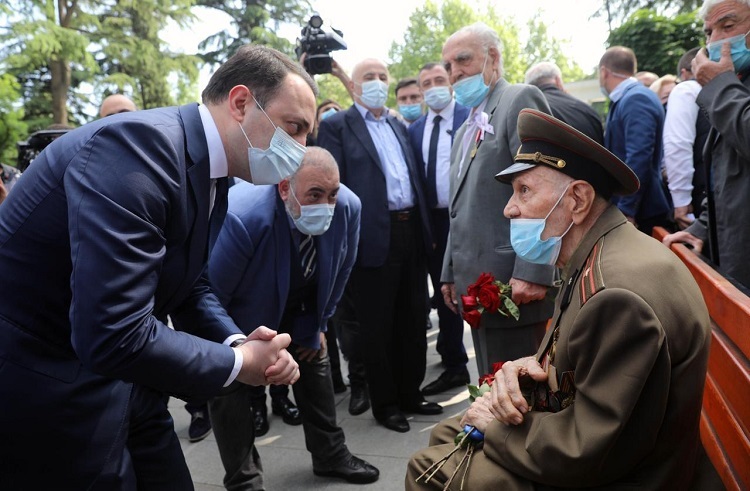 Laying a wreath at the memorial to the Unknown Soldiers , Georgian Prime Minister Irakli Garibahsvili said ‘it is a day of great victory in which our heroes – Georgian veterans – have participated’.

As you know, Georgia and Georgians made a tremendous contribution to achieving this great victory and to the historic cause of defeating Fascism. Therefore, I repeat that it is our duty to value our veteran heroes, to immortalise their heroic feats, and pay homage to all who sacrificed their lives in this great war”, he said. 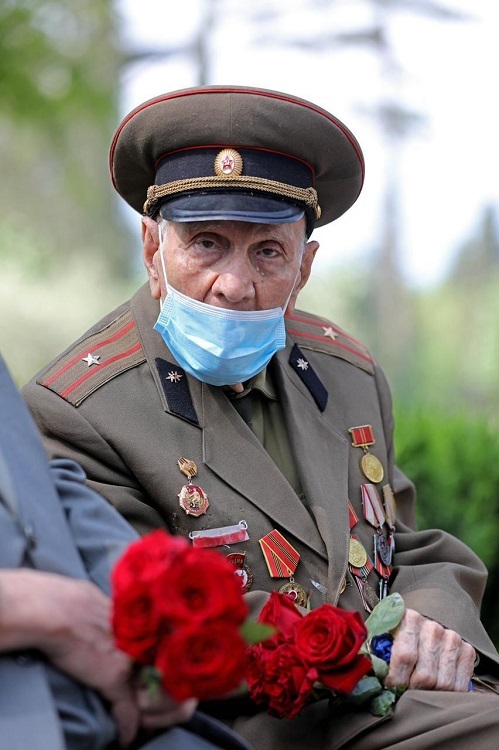 Agenda.ge is proud to share with you the stories of Georgian heroes of the war ‘In Pictures’ on Victory Day of May 9, 2014. Unfortunately, some of them have passed away.

Foreign Minister David Zalkaliani has meanwhile tweeted yesterday that ‘generation sacrificed themselves for our peaceful future’.

On 76th anniversary of #VEDay we commemorate& pay tribute 2 mlns of combatants & civilians who lost their lives in #WWII. That generation sacrificed themselves4 our peaceful future. Their immense efforts are never2 be forgotten! Now it’s our primary goal 2 keep peace around t/????!

A surrender document was signed in Berlin, Germany, on the late evening of May 8, 1945, which was the early morning on May 9 in Eastern European time, that’s why Victory Day is celebrated today in Georgia.

Other countries in Western Europe mark the occasion annually on May 8.

Ambassador of Georgia to the UK Sophie Katsarava paid tribute to those who lost their lives during the WWII yesterday:

Paying tribute to those who lost their lives during #WWII with my colleague @VPrystaiko at the Imperial War Museum in #London#WeRemember pic.twitter.com/VWxOhgcCCR

Today Georgia also celebrates the Europe Day commemorating the historic 1950 Schuman declaration, which has ‘laid out a vision of cooperation’ between European nations leading to the European Union.