HomeGeorgiaDeath exceeds birth in Georgia in first half of 2021
Georgia

Death exceeds birth in Georgia in first half of 2021

The number of deaths has exceeded the number of births in Georgia in the first six months of 2021 by 3,982.

Statistics published by the National Statistics Office of Georgia (Geostat) show that 21,839 people were born and 25,821 died in the country in January-June 2021. 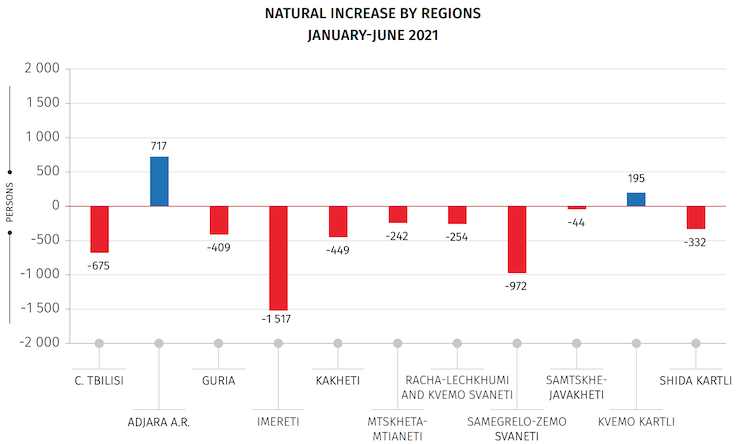 Geostat said that a population increase was only registered in two regions: Adjara (717) and Kvemo Kartli (195). 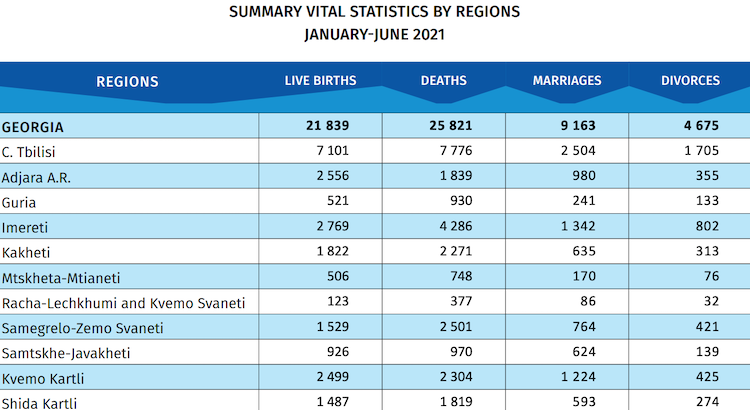 Demographer Gia Meladze told Radio Free Europe/Radio Liberty that birth rate decline has been expected in Georgia, because women born in the 90s are giving birth to children today, ‘and in the 90s very few children were born’.

Before the 90s about 90,000 children were born a year, in the 90s this number almost halved. In addition, the Covid-19 pandemic has worsened the situation further. I assume that the birth rate will not improve much in the future either. In general, the birth rate is expected to decrease in the next 8-10 years, the population will also decrease”, said Meladze.

In total 9,163 marriages were registered in the first six months of 2021, while the number of divorces equalled 4,675, said Geostat.

Geostat said that the final data of 2021 will be available by the end of March 2022.