A Swiss tourist, who went missing on Guli Pass in Mestia municipality, has been found dead by rescuers earlier today.

The Mayor of Mestia, Kapiton Zhorzholiani told Rustavi 2 TV channel that a young woman fell into a ravine when she was skiing with a young man on Guli mountain in Mestia municipality (Svaneti region). 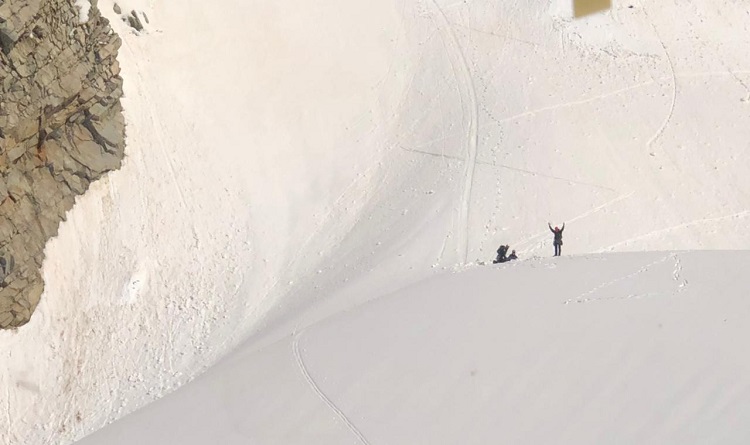 The life of another Swiss tourist in not in danger. Photo:es.gov.ge.

Rescuers of the Emergency Management Service managed to find a young man lost on the Guli Pass, while the dead body of a young woman has been already pulled out of ravine.

The life of the young man is not in danger.